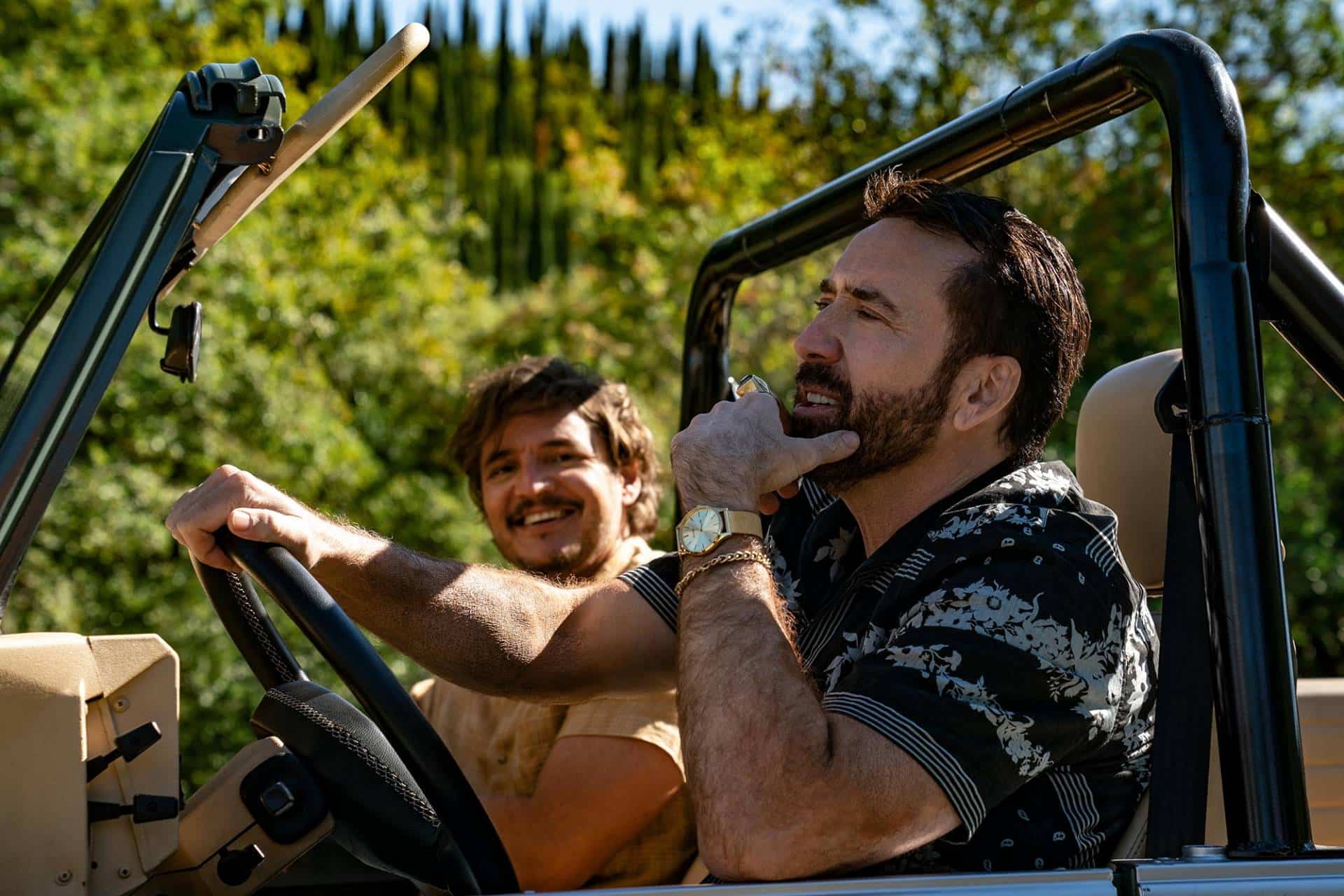 There’s only one Nicolas Cage and he’ll never let us forget it. In his latest film, The Unbearable Weight of Massive Talent, the movie star plays himself trying to escape a mob boss (who’s also Nic Cage’s number one fan).

Nic Cage is a generational type of actor that is polarizing, to say the least. Not in a controversial way, but his acting style is certainly one of one. As probably the most meme-worthy actor in show business, Cage has been known to ham his performances up to 11. Some people will say that he isn’t a good actor. Others choose to think of it another way.

After some setbacks like owing the IRS 6.3 million dollars in property taxes and getting a divorce from his fifth wife just last year, it seems like Cage is on the upswing. He got himself out of debt without filing for bankruptcy by doing four movies a year. Some of them were straight to DVD but the actor claimed “he never phone [his performances] in,” in an interview with GQ.

Cage has gained a lot of fans–his Reddit AMA (Ask Me Anything) garnered more questions than former President Barack Obama’s–and director/writer duo Tom Gormican and Kevin Etten appear to be two of them. The two wrote the script with Cage being the only possible actor for this film. They shopped the script to studios and Lionsgate picked it up before they even asked if Cage was even on board.

Cage was hesitant at first but ultimately agreed on the film, which serves as a celebration of his career. Cage plays an even more exaggerated version of himself, who deals with his personal issues before accepting a one million dollar deal to appear at a super fan’s birthday party on a Croatian island. The superfan, played by Pedro Pascal, is revealed later on to be a drug kingpin being hunted by the CIA. The CIA recruits Cage to take down Pascal, much to his chagrin.

The movie is, of course, not a mirror image of what Cage’s actual life is like. For instance, while there is a subplot of Cage trying to rekindle a failing relationship with his daughter, Cage does not actually have a daughter.

However, if the trailer is any indication, the film does have some real-life similarities. It mentions movies that Cage has starred in and he even portrays a younger version of himself. According to an interview with Verge, Director Tom Gormican was approached by Cage and had an interesting idea for the film: to French kiss another version of himself.

The film is currently at a 96% critic score on Rotten Tomatoes, making it one of the most highly anticipated films of this year.  As for Cage, it seems like he is very proud of the film and it has reinvigorated his love of dramatic acting again. At the film’s premiere, he mentioned that he would like to do a musical next. Whatever the next step seems to be, we’re on board. At the very least, we know it’ll be entertaining.