Movies You Should Definitely Watch 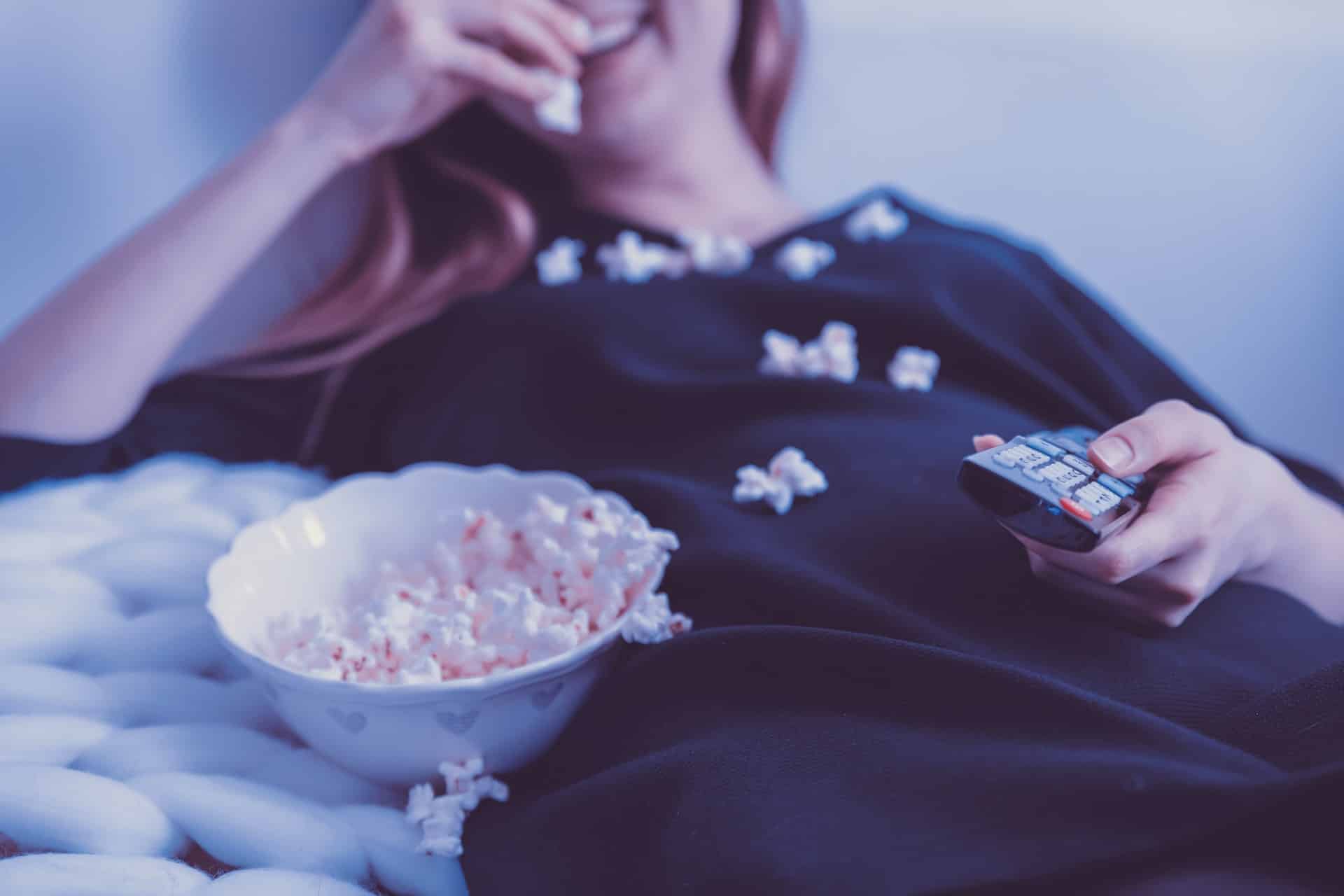 Are you tired of looking at similar lists of best movies to watch? You are in the right place if you want to ditch the fancy lists that only feature top-rated, award-winning movies.

We all know that there are several brilliant movies out there that are underrated. It’s hard to believe. Not to mention the movies on every list that people only pretend to like.

Well, you don’t have to worry about those pretentious lists anymore. We gathered some of our favorite movies from different genres. All the movies listed below are recommendations that can cater to every type of movie enthusiast. This list includes some of the best classics, biopics, romance, horror, and comedy films that might have flown under your radar.

Here are the top movies that everybody should watch at least once in their lives; the perfect list of unforgettable stories, recent hits, and underrated movies. Add these to your bucket list and watch them with your friends, significant other, or anyone you like.

Rebel Without a Cause is one of the best films of all time, especially since it stars legendary actor James Dean. This old Hollywood movie is Dean’s second to last movie before passing away in 1955. It may be the reason why the movie is so celebrated.

However, the film also stands on its merits, even if you separate it from its star-studded cast. In the movie, James Dean plays the role of a teenager named Jim Stark. The bond between Jim Stark, John Plato Crawford by Salvatore Mineo, and Judy, played by Natalie Wood, drives the movie forward and makes it a delightful movie to watch, even after almost 70 years.

The Godfather is easily one of the best movies to ever hit the big screen. Its perfect storyline, stellar casting, and excellent direction made this movie an instant classic. It6 also helps that this classic has one of the best sequels in cinema history, The Godfather 2.

The plot features a powerful immigrant family that turns to grapple with paradoxical values like religion and reign. Fans also enjoy the murder of 4 rivaling dons in the movie. What else makes the movie stand out? It’s all in iconic elements, such as the wheezy voice of Marlon Brando and the severed head of a horse.

How about watching a timeless story of power and greed on your next movie night? Citizen Kane is the perfect film if you’re looking for a film with deep themes that still resonate today and are easy to follow. That you can easily enjoy. It is an acerbic making of the drama “Mank” by David Fletcher.

The actor-director Orson Welles stars in Citizen Kane as the protagonist. Along with having a deeply engaging story, the film also pioneered some of the most popular cinematography techniques today. You can experience some ground-breaking techniques like the deep-focused photography skills of Gregg Toland.

With Steven Spielberg being in the director’s chair for Schindler’s List, Schindler’s list became the movie that brought him into the limelight. The director’s expertise ensures that the viewers enjoy the symbolism and element of sadness throughout the film.

The symbolism used in the movies is so clear and deliberate. All the questions that you might have at the start of the movie will be put to rest as Spielberg takes you on a rollercoaster of emotions. The best thing about the movie is its use of color, or more specifically, a lack thereof. The entire movie is in black and white except for an excerpt.

Minari is not a very old movie, coming out two years ago in 2020. However, it is one of the best films released in the previous decade. The film won 6 awards at the Oscars, including the title “Best Picture” award.

The movie depicts the experiences of immigrants in America. It tells the story of a South American family and their immigrant experience. In the movie, the family moves to a farm in Arkansas to pursue their “American dream.” Ultimately, they discover what truly makes a home as they try to settle in.

For when you’re in the mood to watch a romantic movie, it is never a bad idea to turn to “Before Sunrise.” Not to mention, its sequels –with the trilogy that came out nine years later- are also some of the best, most romantic movies to exist.

This Richard Linklater movie never fails at making viewers swoon over the romantic storyline that he pitches. In the movie, two travelers, Celine (French) and Jesse (American), meet on a train in Vienna. Played by Ethan Hawke, Jesse decides to spend the remaining hours in Europe with Celine, played by Julie Delpy.

Moving on to the sequel and trilogy, they continue the story and are especially good when binge-watching all three of them in a small marathon.

La Dolce Vita may be an old movie, but there is an entire list of reasons why you should watch it. After all, the movie is a runaway box-office hit.

Made by Federico Fellini, the movie touches on the theme of celebrity culture and helps it stand out. On the other hand, the interesting onscreen happenings excellently keep the attention of viewers. This is perhaps the result of their cinematic expertise of Federico.

What else? La Dolce Vita is also the film that made Marcello Mastroianni a star. In the movie, he plays the role of a gossip journalist caught up in Rome’s hysterical nightlife. Furthermore, the word paparazzi came into existence after this movie.

The Seven Samurai provided the template for many movies that came after, including “Star Wars: Rogue One” and “The Magnificent Seven.”

Seven Samurai is a 207 minutes long film yet an extremely enjoyable one. In fact, you will not feel like you can’t sit any longer when watching it. So, we can say that Seven Samurai is quite interesting.

With that being said, it is also one of the simplest movies with a simple storyline. Seven Samurai is about a villager and his poor farming community who convince the Samurai to protect them from bandits. The brutal bandits are the villains stealing the harvest.

Although the plot stirs the blood, Seven Samurai is an epic, exciting, and funny movie.

Moonlight is a 2016 release that became very popular back in the day for one very specific reason, and there are high chances you have heard about the movie. With so much buzz and popularity, a lot of people might think that it’s overrated. But, we think the hype that this movie generated at the time was justified.

If you’ve not watched it already, you should definitely make time within your schedule and change that. It is a must-watch coming-of-age movie to add to your bucket list. The beautiful film features the story of a black, gay boy living in Miami, and as he grows up, the film sheds light on his black identity.

We think all the fans of In the Mood for Love will agree that it is an instant classic. The movie is another great option if you’re looking for the best romantic films.

Wong Kar-wai, the director of the movie, makes sure that you have the best experience when watching In the Mood for Love. As soon as it begins, you will know that you’re going to be watching a masterpiece.

Through the streets of Hong Kong, you will eventually walk into the lives of Maggie Cheung and Tony Leung. The two neighbors discover that their spouses are cheating on them. As they realize, the friendship between Maggie and Tony starts to turn into love. However, they do not want to stoop low like their spouses and are determined to respect their marriages.

Elements of love, longing, a sense of intimacy, and sexual tension help make it one of the best romantic movies.

Do the Right Thing is the perfect blend of drama and comedy. You can say it’s the kind of movie you don’t know you needed until you watch it. Spike Lee is not just the director of the film but also plays one of the lead characters.

In the movie, you will see a beautiful community in Bed-Stuy, Brooklyn, that is filled with life. But soon, violence erupts among communities on the hottest day of the year. In other words, Lee builds the loveliest atmosphere and then rips it apart over a single summer day.

While all characters are filled with love, the narrative of the movie touching on poverty, classism, and racism is quite complex.

Another 2020 film, Promising Young Woman, is a dark comedy with an interesting storyline. The movie features a character named Cassie, who is on a quest to avenge the tragic death of her true best friend, Nina.

The 30-year-old woman works at a coffee shop and spends her evening trying to teach moral lessons. She seeks to punish anyone she thinks is responsible for Nina’s death. As the story unfolds, the audience of the movie learns that Nina committed suicide after her classmate raped her.

The dark storyline stands in contrast with some of the elements of comedy that make the movie worth watching.

The film industry has given us some great stories and brilliant cinematic experiences. However, many movies remain hidden behind other popular ones. Our list includes films featuring excellent direction and incredibly interesting storylines. Make sure you add ones from your favorite movie genre to your list of must-watch movies.