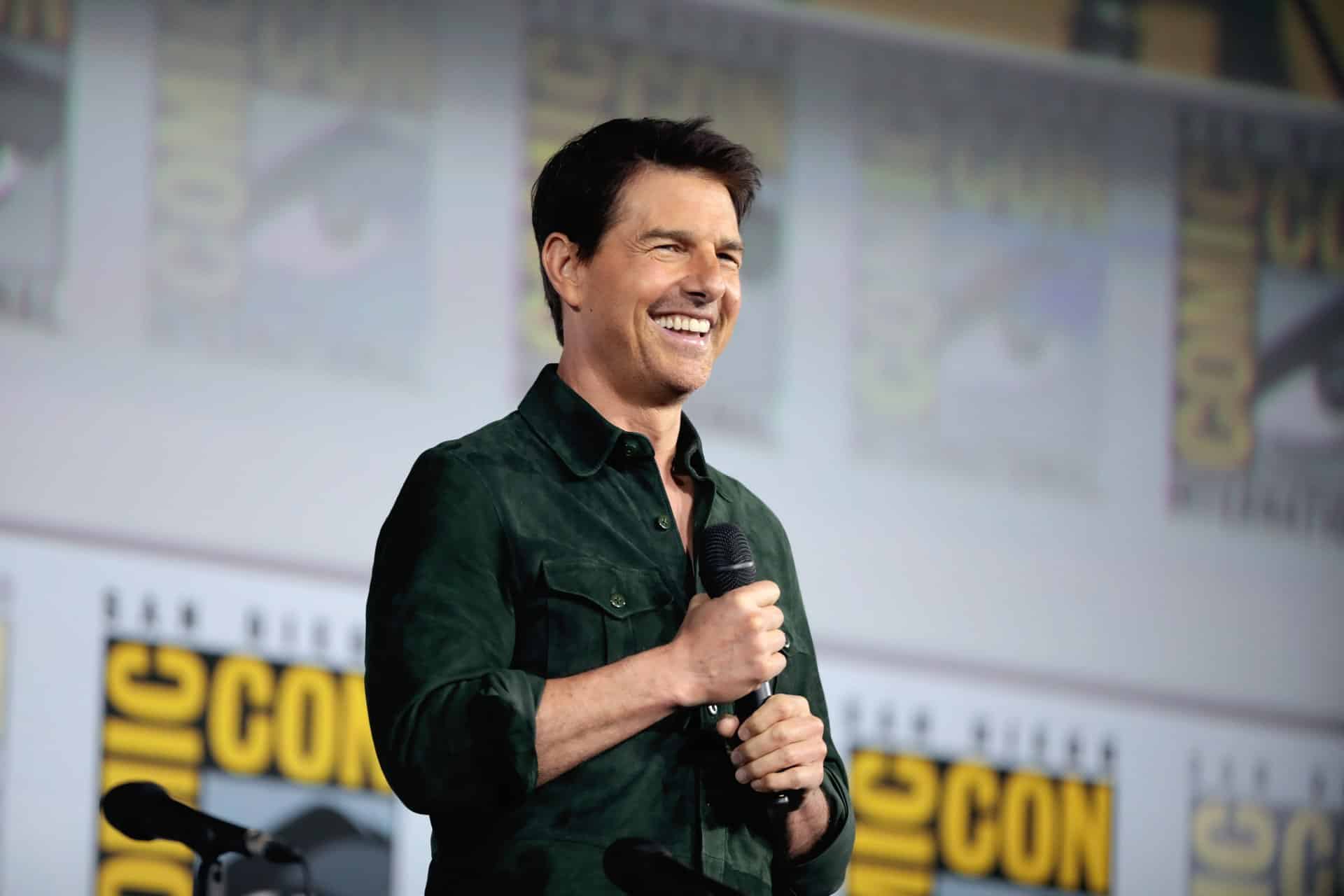 We’re hugely impressed by Tom Cruise and the incredible roles he’s taken on over the years. From 1986 till today, he’s been taking on incredible roles and is now returning for Top Gun: Maverick. Many people may think it’s weird for a 59-year-old to be still taking on these action-packed roles.

Regardless of what you might think, Tom Cruise has proved himself a top-tier actor. Consider his presence in Top Gun: Maverick has poised the movie for a $100 million opening. It is rare for any movie star to do that.

In his 40-year-long career, Tom Cruise continues to prove critics wrong with his incredible roles. He returns to the industry with the same energy, even today. Here is why plenty of people are calling Tom Cruise the last real Hollywood movie star.

Tom Cruise is turning 60 this summer and is the closest thing we have to the Eighth Wonder of the world. His hair hasn’t even started to gray, and his face is still sleek and puffy with a modified jawline. But what astonishes us the most, apart from the tight body and gorgeous face, is his incredible career.

We think you will agree that Tom Cruise is doing much better than most 30 and 40-year-olds in showbiz. After all, he doesn’t look much different than the Lt Pete Maverick Mitchell from Top Gun 1986. Of course, now he’s also starring in Top Gun: Maverick, which was released on May 27. On that note, Cruise also walked the Cannes Red Carpet this year looking just as young as a 30-year-old star.

Top Gun: Maverick is a sequel to the 1986 original Top gun. The sequence intends to clue the audience into how it has been for Maverick, the title character, for the past 36 years. But, that is not all it does. In fact, Top Gun: Maverick also showcases how the biographies of the star and movie characters are so deeply entwined.

Sure, Tom Cruise despised doing a sequel for Top Gun in 1990 when he dismissed the idea in a Playboy interview. But, the actor is back in one of his fan-favorite roles: the Maverick. And, you can see him doing the two things he does best: flying planes, riding motorcycles, and looking cool.

With that said and dusted, Maverick is truly rare. The character follows the life of the one-of-a-kind movie star who has been at the height of American entertainment and pop culture for four decades.

On this note, we agree with journalists who think it is because of Tom Cruise’s smart and deliberate decisions that he remains so popular and loved. He could have taken the same path as other gifted stars like Robert Redford or Paul Newman. But, he chose to remain in the driver’s seat, or th

e pilot’s seat, for his career.

Over the years, John Glenn became a senator in real life, just like Harris playing the role of an admiral. In the case of Tom Cruise’s most popular action movie, Mission: Impossible, the actor often gets reproved for Alec Baldwin’s character, IMF Director Alan Hunley. And, just like Cruise’s return for Top Gun: Maverick, Baldwin was a part of his spy thriller of 1990, The Hunt for Red October.

So, what makes Tom Cruise the last real movie star? Well, both Ed Harris and Alec Baldwin got promoted to the role of a senator, unlike Cruise. This makes Tom Cruise a living proof of lasting movie-star charisma. And just like a fine wine, he’s only gotten better with age.

Yes, Tom Cruise Was a Different Type of Actor Before

No one knew how Tom Cruise would become Hollywood’s last real movie star before he appeared in Top Gun. However, even after the release of Top Gun in 1986, the actor expressed resistance to being placed in that box.

Remember, he was an emerging star at this time after his 1983 project. Risky Business became a hit. Sure, the movie drew attention to him, but it could not earn him a name. The same is the case with romantic teen dramas that Tom Cruise worked in after Risky Business.

The release of Top Gun was when Tom Cruise’s career really took off. Elements like well-tanned male bodies and fighter jets made the 1986 movie a blockbuster hit. Not only was Top Gun the best movie of 1986, but it also became the Navy’s greatest recruitment video.

With his movie becoming such a popular hit, Tom Cruise became a brand faster than you can imagine. In fact, some of the biggest hits from his early acting career, like Top Gun, Cocktail, and Days of Thunder, followed the popular formula by Rich Hall, the standup comedian.

No matter what movie he was in or what character he was playing, the plot required him to become more humble through the love of a woman.

Even though Tom Cruise and his agents agreed to do these box office hit originals, they made it a point that Cruise wanted to become only what he ultimately became. He became part of projects that guaranteed money.

In The Color of Money, Cruise was the protégé of Paul Newman and won the Best Picture title after playing the war reverie in Platoon. Not to mention, he also fought to star in Born on the Fourth of July. And ultimately, he proved his role as Ron Kovic to be one of his best performances.

As his popularity reached its peak in the 1990s, Tom Cruise was both the brand (Mission: Impossible) and the leading actor. He worked with Michael Mann, Steven Spielberg, Paul Thomas Anderson, Neil Jordan, Rob Reiner, Stanley Kubrick, and Cameron Crowe. It shows that he continued to take up projects that were intended to be popular hits. Not to mention, his star status, which was at its peak then, allowed producers to market the projects like that.

Surprisingly, even failures like Eyes Wide Shut were captivating to watch, perhaps even more than Mission: Impossible. Yet, Cruise also experienced an ebb and flowed just like other actors and their careers. And Cruise’s views about medications, psychotropics, and public courtship of Katie Holmes became major stumbling blocks throughout his career.

As a result of Cruise’s national derision, Mission: Impossible which was released a year later in 2006, was a flop. At one point, Paramount studio seemed prepared to terminate Tom Cruise’s Ethan Hunt character.

You would expect the star status of the gaining movie star to go down after Mission: Impossible underperformed at the box office. The most profitable route would have been to take character roles. However, the Maverick actor chose a different path, as always.

So, Is He the Last American Movie star?

Tom Cruise could get his control back on the Mission; Impossible movies. Not only this, but he genuinely worked to improve them, with each installment proving more profitable than the last.

For four decades, despite his age, Tom Cruise has been a real movie star. And, it is highly likely that he may be the best one out there.