Who Will Be The Breakout Actors of 2022? 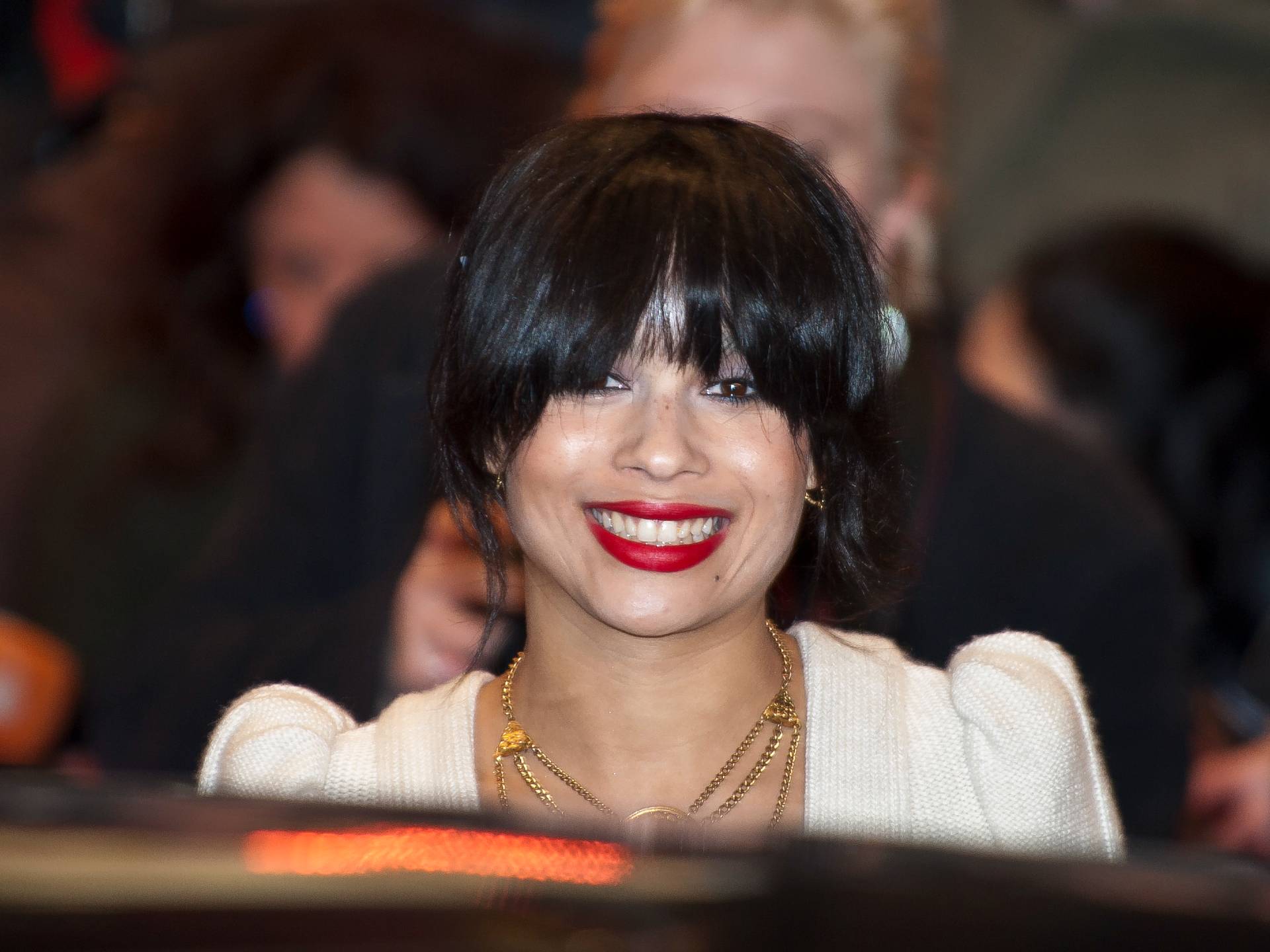 If you’ve been keeping up with the recent changes in the film industry, you know that new movie stars are propping up each year. We have all seen new movie stars and breakout actors on television and the big screens.

You get to see new faces every year and enjoy their incredible performance. Undoubtedly, these breakout actors add to the shows and movies more than you could expect of them. With that being said, 2022 has been no exception.

Looking at the upcoming movies and the ones already released this year, 2022 has many with massive projects in the works. These include films like Thor: Love and Thunder, Top Gun: Maverick, Blank Panther: Wakanda Forever, and Black Adam, to name a few.

As excited as you may be to see famous actors like Tom Cruise, you will surely enjoy the performances of some lesser-known actors as well. On that note, isn’t it fun to predict which actors will become the breakout stars of 2022? After all, many of them are in well-anticipated movies this year.

While you can only find out with time, we had a few names on our minds that we wanted to share. Let’s see which of these actors will likely make their big break.

Do you remember the American horror slasher “Scream” from 1996? Well, the indelible franchise rebooted this year in January. The adage still stays true; horror franchises never have a last one.

However, we are here to talk about Melissa Barerra and her role in the film. Barerra has been working in many Spanish movies and TV shows before. But, it is her first time working in an American horror film.

In Scream, Melissa Barera plays the role of a young woman named Sam Carpenter, who is keeping a family secret.

Yes, Zoe Kravitz is already fairly recognizable since her role in the Hulu remake of “High Fidelity.” Zoe is also the daughter of Lenny Kravitz, which further adds to her popularity.

However, it is important to note that High Fidelity does not have more than one season as it never managed to kick off. So, we think that being the Catwoman in the New Batman movie can make her one of the breakout actors of 2022.

Looking at “Doctor Strange in the Multiverse of Madness,” it seems the Marvel Cinematic Universe has beaten the DC Extended Universe. The recently released sequel on May 6 has some big names in its cast.

But, as the movie brings back some old Marvel heroes, it also introduces a new version of a fan-favorite hero. In the movie, you can see Xochitl Gomez from “The Babysitter’s Club” on Netflix. She plays the role of America Chavez. This new version of Chavez happens to be Captain America in another universe.

If you’ve watched “Everybody Wants Some!!” chances are that you are Glen Powell’s incredibly captivating presence. Not only did he stand out in the Paramount Pictures Productions, but fans also loved his performance in the Netflix rom-com “Set It Up.”

If Powell had played in any other movie after 2018, he sure would have received the recognition he deserves. But with the release of Top Gun: Maverick, we think his time is finally here. His role as Hangman is surely bringing him back to the spotlight.

If you remember the 2019 film “Once Upon a Time in Hollywood,” you know Austin Butler managed to leave a big impact. But now, it is time for Austin Butler changes his route and step outside of supporting movie roles.

He is playing the role of one of the biggest icons in the music industry in his new project, “Elvis.” While starring as Elvis Presley is huge on its own, Butler is costarring with Tom Hanks playing Colonel Tom Parker.

The Damian Chazelle movie “La La Land” was a huge hit, garnering many awards when it initially released. After the hugely successful movie, another Damian Chazelle direction, “Babylon,” is releasing on December 25 this year.

From what we know, it is a movie about early Hollywood. Costarring with Margot Robbie and Brad Pitt, Li Jun Li could be playing one of the first Asian-American stars in Hollywood. Appearing as Anna May Wong, Li Jun Li may be the next breakout star of 2022.

“The Fablemans,” releasing on November 23, 2022, comes from visionary director Steven Spielberg. The story follows a thinly-veiled plot about the director’s personal life. With Michelle Williams and Paul Dano playing the role of his surrogate parents, Spielberg has cast a young actor Gabriel LaBelle to play his analog in the movie.

Appearing on the big screens in a Steven Spielberg movie as Sammy Fableman is certainly a big deal. And LaBelle starting his career with a lead role increases his chances of having a successful future in acting.

You can see Aldis Hodge performing an impressive job in several movies for many years now. As he makes notable turns doing projects like “One Night in Miami” and ‘Straight Outta Campton,” Hodge’s presence in the industry is still relatively small.

However, he still needed a breakthrough role that could do it for him, which is finally here. The new DC movie “Black Adam,” released on October 21, features actors like Dwayne Johnson and Aldis Hodge playing Hawkman, a fan-favorite DC hero.

We think it’s safe to say that you can expect him in more future DC movies after this.

After “Downton Abbey,” the program creator, Julian Fellowes, came forth with the creation of “The Gilded Age.” The historical drama is an HBO production with an impressive cast, including John Douglas, Bill Irwin, and Taylor Richardson.

However, keep an eye out on Louisa Jacobson as she might get her big break this year. Although The Gilded Age is Jacobson’s debut TV show, her lineage suggests that she performs just well.

Marvel Cinematic Universe continues introducing new heroes to their roster, taking up the roles of older ones. Another young actress you will see in an upcoming MCU TV series “Ironheart” is Dominique Thorne.

In the series, Thorne is starring as Rirj Williams, the potential successor of Iron Man. But before Ironheart gets released, you will also see her in “Black Panther: Wakanda Forever.”

You may find it surprising how an unknown actor like Tenoch Huerta is cast for such a significant role in an MCU movie. And this fact alone is gaining the young star a lot of attention. In the Marvel sequel “Black Panther: Wakanda Forever,” you will see Huerta playing Namor the Submariner.

The character of Namor is a popular, fan-favorite anti-hero who often clashes with the Fantastic Four. He has also teamed up with many heroes at times. As the antagonist in the movie, Huerta is likely to become a major part of more upcoming Marvel movies. We think he might even get his franchise.

While the series wasn’t as big a hit, it was still a successful one. And now, it has its franchise on Amazon.

In the Amazon movie, Ritchson is starring as Reacher once again. According to our predictions, his presence should make many fans of the book extremely satisfied.

“The Flash” may release in June next year, but it is already a hot topic. But, we see more discussion about Ben Affleck’s and Michael Keaton’s Batman than about the titular character, Flash.

There is also an exciting new addition to the upcoming DC movie; Sasha Calle as the Supergirl. After playing a significant role in the latest adventure, you can expect to see Sasha in future movies such as the return of Superman.

As the film industry proceeds and grows, we see many new faces. Although our list of breakout actors for 2022 is long, we think it’s quite accurate. What do you presume?