Sam Raimi Builds a Multiverse Across Mediums in Doctor Strange 2 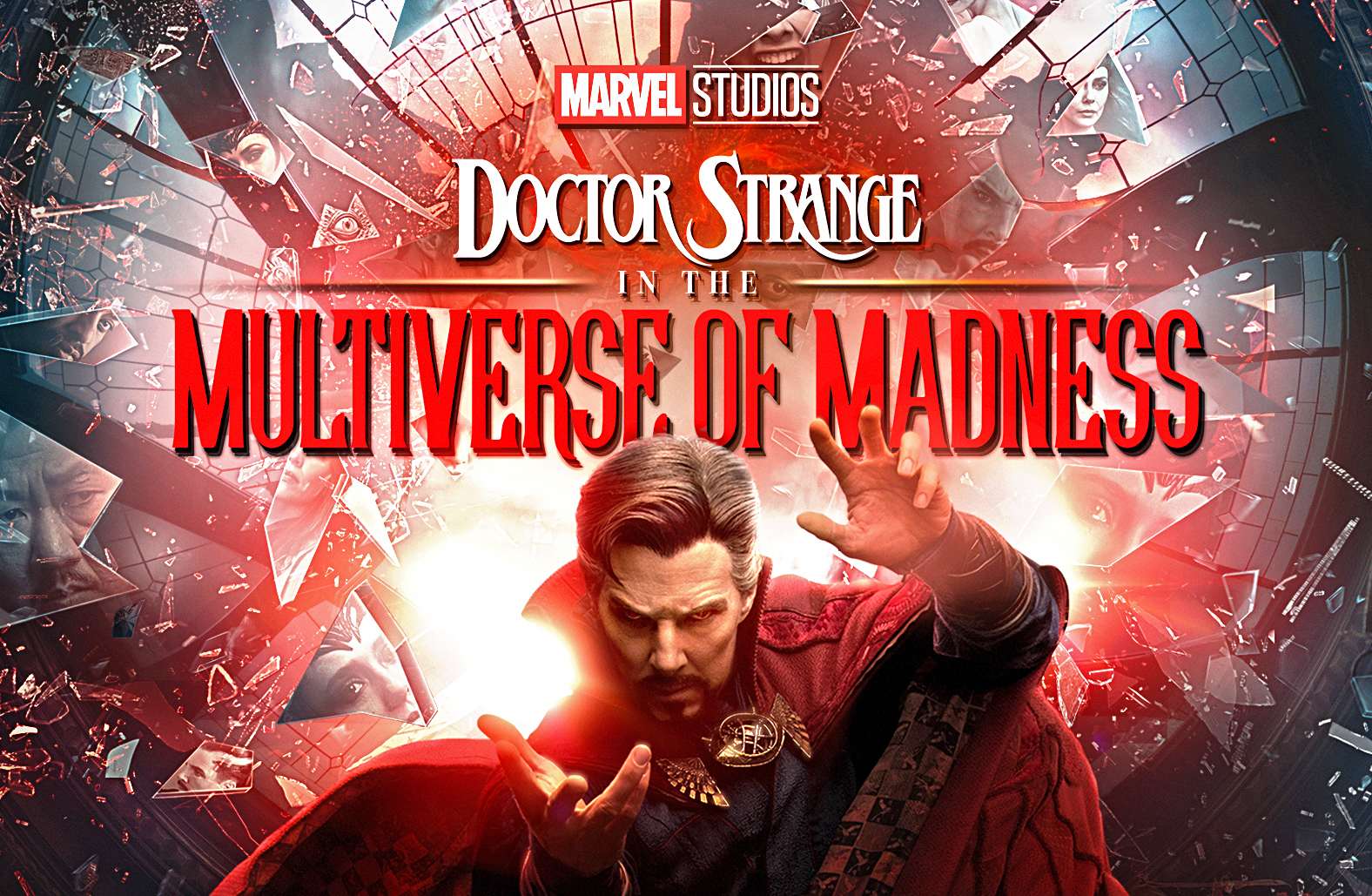 Few things keep people up all night like the fable of the monk who dreamed he was a butterfly, who then wondered whether he was in fact a butterfly dreaming of his own existence as a monk. Over the centuries, it found its way into poems, allegories and finally a whole sub-genre of movies about alternate realities. This Doctor Strange sequel is just the latest – but directly acknowledges its roots.

The opening scene shows Doctor Strange and his newfound friend America Chavez (who he hasn’t actually met yet) fending against a massive glowing beast – some kind of cross between a balrog and whatever the creature Thor tangled with in Ragnarok – but like all other things Strange encounters in the multiverse, this beast is made up of layers – coming apart at random when it needs to. Whoever this new companion may be, Strange tells her the only way he can stop the monstrosity is to drain her own energy source.

He awakens in a cold sweat – and we feel relieved that this isn’t the Stephen Strange we’ve come to know in the Marvel Universe of films. It is, however, a Stephen Strange that does exist somewhere in the multiverse and things come to a head rather quickly – at Christine’s wedding of all places. Just as the cocktail hour gets started, a giant octopus lays siege to downtown Manhattan. Strange and Sorcerer Supreme seem to be the only heroes on hand on this particular day, so they dispose of the colorful octopus after an elaborate climb through interdimensional portals and leaping from its giant tentacles.

In this tangle, Strange rescues America Chavez from a mangled bus and recognizes her from the dream he had the night before. In turn, he learns that what he experienced the night before wasn’t entirely a dream – but the experiences of Doctor Strange in a parallel universe. Chavez then tells Strange and his friend that she is being hunted due to her ability to navigate through the multiverse.

There’s a bit of a problem, however, as Strange has managed to consult with the one person targeting Chavez when trying to find help – the Scarlet Witch – only further complicating things when the Scarlet Witch attacks Kamar-Taj with the full wrath Wanda Maximoff is capable of – as she believes Chavez’s powers will successfully reunite her with her two sons stranded in Westview. This won’t be the only series that the film segues into – as the attention Strange has brought to Kamar-Taj brings him before Earth-838’s high council, who believes the Strange from our universe may be as lethal as the one who was assassinated in theirs – a verdict carefully weighed by an Illuminati panel consisting of Charles Xavier, Mr. Fantastic and Agent Carter.

There are even trips into the Sam Raimi-verse – now that the veteran director of Darkman and the Sony Spider-Man films finally gets to direct a movie in the Marvel Universe – with the appearance of his classic Oldsmobile, an entertaining cameo from Bruce Campbell, phantom creatures that behave like Deadites, and a way to tie things together as Wanda realizes she’ll never be able to bridge into Earth-838 and decides instead to save the multiverses by bringing down Mount Wundagore and destroying every last copy of The Darkhold – but not opportunities for a sequel set in one of them.