Fantastic Beasts: The Secrets of Dumbledore is chaotic fun but mostly chaos 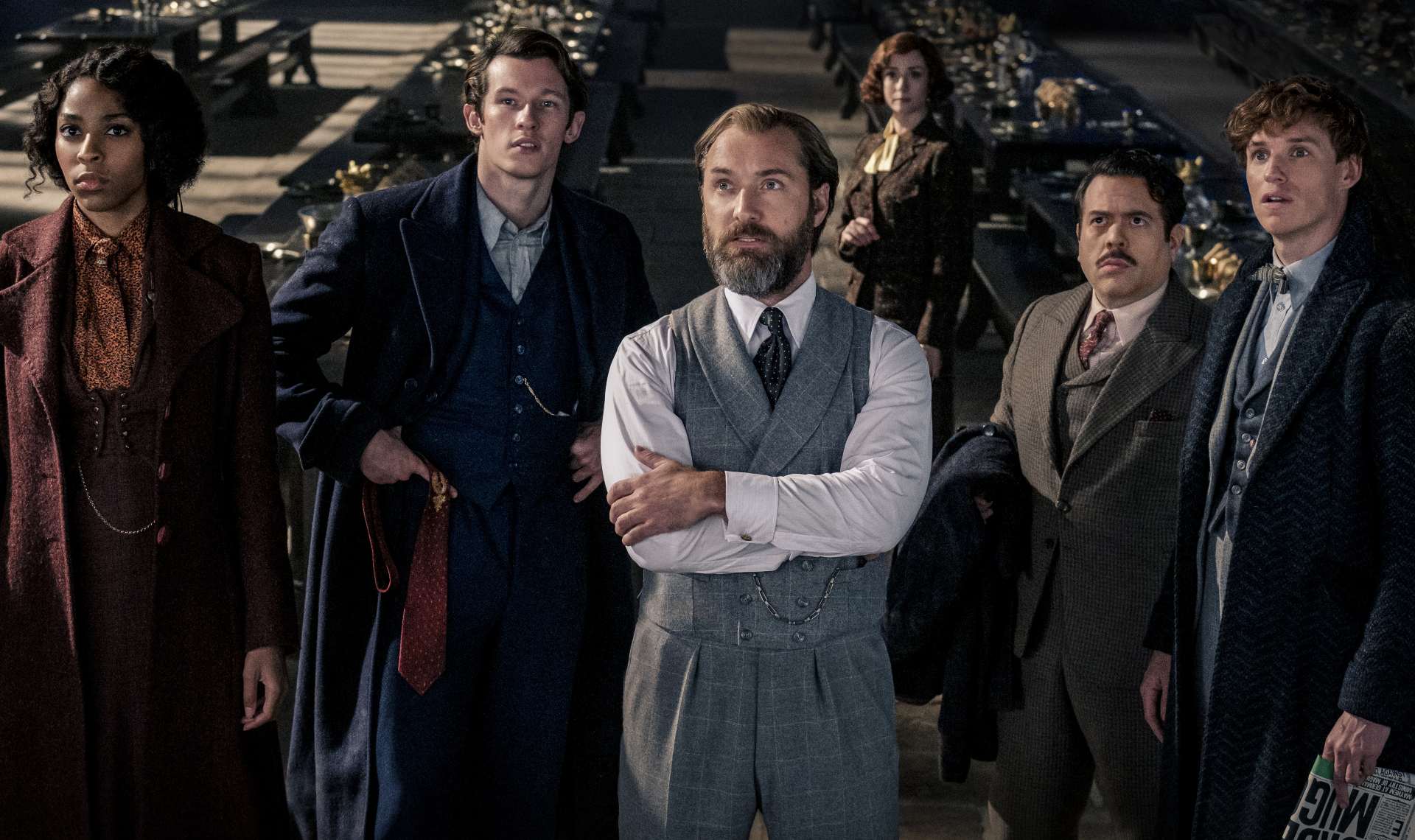 Fantastic Beasts: The Secrets of Dumbledore (Warner Bros., 2022) on HBO Max and in theaters.

Fantastic Beasts and Where to Find Them had promise as the title of an interesting screenplay that just happened to take place in the world of Hogwarts and all the strange creatures from its creator’s Harry Potter mythology. It held its own as a new story showing the struggle between sorcerers and non-magical (muggles) trying to coexist in a rapidly modernizing world, but something happened in the attempt to make more sequels – with each subsequent movie’s title so far giving up most of what you need to know about them, and each one being a bit more disappointing than the last.

Shortly after the movie and book cycle of Harry Potter stories concluded, creator JK Rowling broke the revelation that Albus Dumbledore, the elderly wizard who ran the prestigious Hogwarts school for aspiring sorcerers, was a homosexual. There were a number of fans that took the news rather well, with a few saying they could always tell from his context – but this is the first time that Dumbledore’s sexuality plays a direct role within the plot – as the film opens with a pact he made with his former lover Grindelwald – that whatever happened between them in life would ensure that they made history.

This starts off intriguing enough, even if moviegoers weren’t too satisfied with the previous film. Things then become a bit chaotic as Dumbledore’s role largely takes a backseat after and the series’ typical protagonist, the magizoologist Newt Scamander arrives on the scene with his magical briefcase. This time, he’s carrying a rare pangolin-horse creature called a Qilin from Chinese mythology, trusted for its ability to single out those who are pure of heart. There are a number of intriguing creatures in Newt’s case as always, but it’s not really relevant to the plot. They’re really just cute CGI gimmicks that don’t do much in the way of story.

There is a sequence when Newt must rescue his brother from a cavern and tries to avoid the wrath of a flock of scorpions with multiple tails by mimicking their movements while a larger scorpion is rapidly eating the prisoners hidden around them, of course while always missing Newt. It’s not particularly effective because the absurdity of it takes away any scares the scene is trying to build up, and it’s also coupled with another largely slapstick scene where Newt’s pets outwit a sleeping guard.

There are some interesting themes here but they never get the presentation they deserve – perhaps because in part, it’s hard to say who the movie has really been made for. There might be a few Potter fans arguing which house they belong to who will see it, but it’s not likely to win over too many newcomers, and also likely to disappoint a few – with a rather anticlimactic showdown at the end between Dumbledore and Grindelwald that feels almost like the special effects haven’t been finished yet. There’s some promise with Sirius Black’s character and origin story, but he never quite gets the attention he deserves, focusing instead on Grindelwald’s plot to take over the International Confederation of Wizards and introducing us to a string of characters we aren’t sure what to think of.