Evil and cruelty lurk below the surface in Candyman 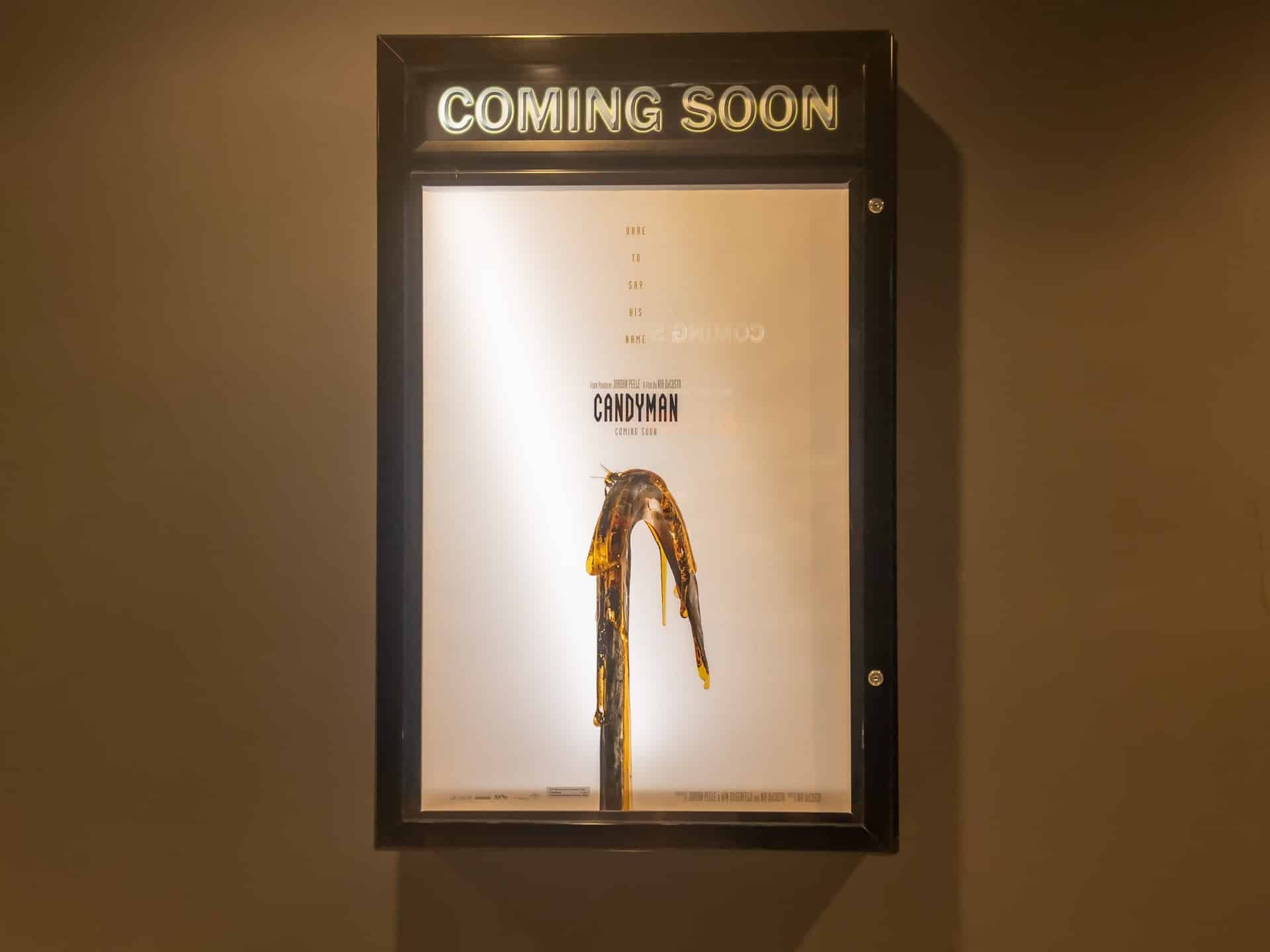 Candyman is both a reboot and a successor to the 1992 film written by Clive Barker that shares its name. It even retcons a bit of the original which paid tribute to urban legends like the long enduring story of the mysterious stranger with a hook for a hand – as we hear Virginia Madsen’s voice on one of the tapes, gathering folklore about the mysterious Candyman. Nearly every iconic serial killer – both in real life and in cinema – gets their own origin story, however absurd it might seem – Jason, Norman Bates, Freddy Krueger, etc. Sometimes they even get a whole prequel that revolves around that.

The Candyman never quite has one that fits, as all of these horrifying accounts are contradictory, going back decades and touching on supernatural origins as well as a number of horrifying episodes through history. The killer with a hook for a hand, followed by a swarm of bees, appears when the lights are out – as you look into a mirror and say the name five times. It’s become something of a legend – the only thing strangers know about the crumbling Cabrini-Green district of downtown Chicago, and only a few are reckless enough to summon him on their own.

There is a fairly obvious parallel here to our own media’s fascination with murderers and assassins and what drives them to kill as ruthlessly as they do – trying to find some willingness to explain away things like the routine acts of violence as though there might be one solution that keeps them away – even if it’s not the right one. All too often, the victims of the tragic episode are rarely given the same attention, particularly with victims of color.

In the film, as in real life, the horrific events are then doomed to be repeated. There isn’t just one Candyman – there are multiple ones forced to suffer the trauma of a new era, something that aspiring artist Anthony McCoy (Yahya Abdul-Mateen II) comes to learn as he finds himself obsessed with the legend. As he works on an installation art exhibit near where Candyman was last seen, he starts painting portraits of people he never met – faces he later realizes are Black men slaughtered decades earlier – victims of the civil rights riots, the housing riots, Jim Crow – men brutalized and murdered all the way back to the 1890s where the legend began.

The original Candyman was a portrait painter – an artist renowned for his craft even if he was despised for who he was, who dared to find forbidden love with the daughter of one of his clients – and subjected to unusual torment and death as a result. What is perhaps even more unsettling is that in each age, a new victim will take his place – and McCoy is at very real danger of becoming the next one, as he inevitably channels an age-old anger as he tries to create his art installation – picking up on the racist history of just this particular part of the city as it tries to rebrand itself as something new.